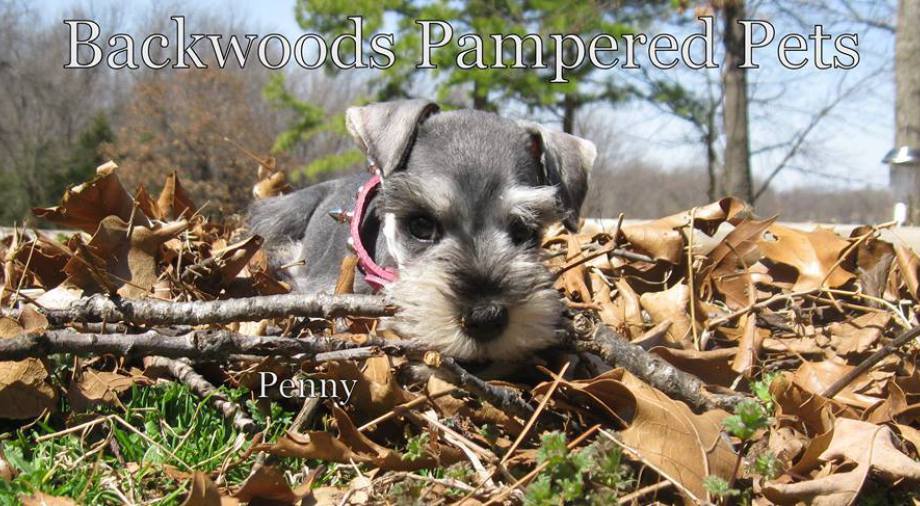 A Breed Above the Rest

Usually when “cityfolk” hear the term “Backwoods”,  images from the cartoon Lil’Abner may come to mind or a car propped up on blocks in front of a trailer house. Instead you should flash to a small business Harrah, OK a small town north east of Oklahoma City, and you will find Camelia Winkler; owner and operator of Backwoods Pampered Pets. She is a business savvy woman that is just as lovely and sassy as Daisy Mae.

I met Camelia two years ago when I was searching for a Miniature Schnauzer puppy. I wanted to adopt from a reputable breeder and she came highly recommended from a lady I work with. I contacted her and she told me that they were expecting a litter in January. I kept in touch and she called me when the puppies were born and said she had a salt and pepper and a white puppy available and would be ready to adopt in March.

The drive to Harrah is about an hour coming from my home in Norman. She operates her business out of her home located just north of the Harrah Power plant and Horse Shoe lake. Pulling up a half mile long gravel road I was greeted by about five or six Mini Schnauzers running freely on the property.  I heeded the signs that say “Drive slow. Old and slow dogs at large.” They followed me to the parking area next to her shop building where she does a large portion of her business which is grooming. Getting out of my car they sniffed my hand and got to know me.

What struck me first how clean and well organized the property was. The animals were allowed out to exercise and were very well behaved.  Enclosures would be the envy of any world class zoo. They are clean, sturdy, and well-constructed. Each is equipped with a with a shade cloth and protected from the summer heat by shade trees. These structures are also used for her boarding services.

A petite figure of a 40ish woman with long brown hair pulled back into a pony tail appeared from the loft on the east end of the yard that is used for new litters and cold weather quarters for the dogs. She began to walk towards me. I said “Hi! You must be Camellia?”  We shook hands after she made her way across the driveway and she escorted me to the grooming shop. Immediately after introductions, she wasted no time getting down to business. I began to feel like I was participating in an adoption interview for a human child. I knew immediately that she cared very much about her “babies”. She told me that my babies were up in the loft and she wanted me to know that they would be cold and scared and need to be bundled up and kept out of the cold. She gave me a thorough briefing on how to care for them and a lesson on house breaking.

She walked back across the drive and appeared with a wicker basket covered in a flannel; tasseled blanket. “You ready to see your babies?” she asked. She then pulled back the blanket to reveal two of the most precious pups that I had ever seen. One salt and pepper and one white, both very neatly groomed and sweet as can be. I was now the father of two furry boys.

She helped me to the car with them and gave me a great big hug and told me to keep in touch and keep sending her pictures.

A couple years later I had fallen on hard times and needed to save money. I never skimped my dog’s physical needs (food, shelter, veterinarian care etc.) but I tried taking care of their grooming needs myself invested in a nice pair of clippers which worked for two grooming sessions until I dropped them when one of the pups lurched forward tugging on the electrical cord. The clippers hit the concrete patio and no longer would cut without making an awful racket; another $135 hit.  I then bought a cheap pair of clippers and found that their hair was much too thick for those clippers to handle.

Sadly, I resigned to doing what I could with a pair of scissors and decided to get them groomed professionally later.  The mats grew bigger and began to multiply and still I was having to debate on spending money on groceries or taking them to a local groomer. I decided that I would face the music and take them back to Camellia.

After I called her she said bring them in. When I did, she was clearly upset with me and heart broken.  I didn’t live up to her expectations and I felt like a total failure. She grilled me to make sure that the dogs other needs were taken care of and asked if I brought them in at night and during cold weather. I wasn’t offended.  I knew she was trying to protect them. They were still “her babies.” I explained to her that I had fallen on hard times and was doing my best to care for them. She understood and offered to groom them at a reduced rate if I would promise to bring them in on a regular basis. I agreed.

The next day I got a phone call. It was Camelia and she said had worked more than 8 hours on both Statler and “Wally”. She wouldn’t send me any pictures and told me that I will just have to see for myself. That afternoon I drove back to her business and she had to point them out to me in the kennels. They were absolutely beautiful. I couldn’t believe the miraculous transformation. I had brought more money than we agreed on and at first she refused to take it. I insisted that it was only fair for all the time that she spent.

I promised her I would be back in February and she gave me a big hug and told me I had better!   I left the shop thinking the one thing that you will get at Backwoods Pampered Pets is someone who is passionate about the breed and cares deeply about her “babies”. She is also one of the most talented groomers that I have ever met.

Those that are critical anti-breeder and argue that people adopt shelter/rescue pets only.   One can rest assured that Camelia is a model responsible breeder. She breeds English Bulldogs as well as Miniature Schnauzers and doesn’t over breed. Her animals are bred strictly on demand and well taken care of. They are part of her family, as much as I consider her part of mine. I would not hesitate to recommend Backwoods Pampered Pets to anyone looking for a new family member or a place to have them boarded and groomed.  You will get the best care in the country 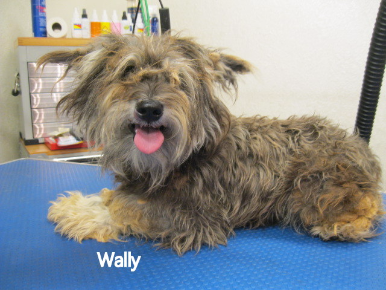 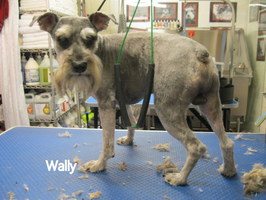 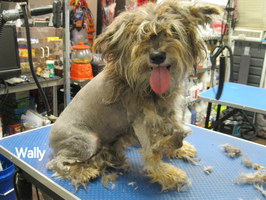 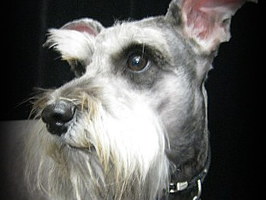 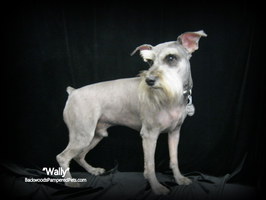 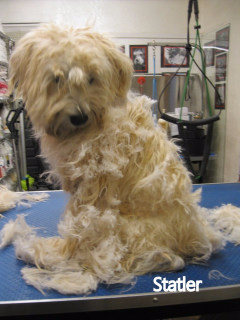 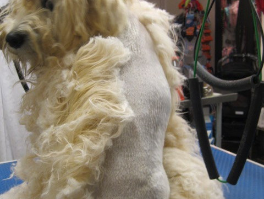 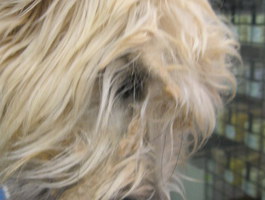 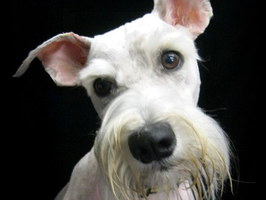 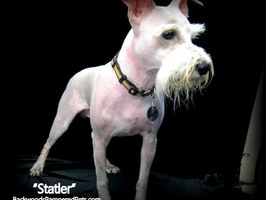 Hello! Im Camelia and I'd like to Welcome you to come visit us here at Backwoods Pampered Pets! Wether you're looking at one of our babies to add to your family or your baby needs some tender loving care in our grooming shop and/or boarding facility, We would LOVE the opportunity to show the difference of what we have to offer! SO, What are you waiting for? Call and let us help you take care of your four legged babies!

PLEASE NOTE: We are not a 9 to 5 store, so please call to make an appointment as not to waste your time or ours. Thank You